On December 16th, 2000, Jim and Janet Frazier received the phone call that all parents dread. Their daughters Stephanie, age 20 and Lindsey, age 17, had been in an automobile accident. On an icy Highway 50, just west of Ice House Road, black ice caused another driver to slide across the center divider and hit the sisters head on. Jim and Janet raced to Sutter Hospital in Roseville where they learned that Stephanie had not survived the accident and Lindsey was in emergency surgery with a lacerated liver and a broken back. Lindsey was in critical condition for nearly two weeks while her parents held vigil by her bedside.

While keeping the bedside vigil Jim and Janet’s only thoughts were centered around the survival of their youngest daughter. When it did come time to move, Janet nearly fainted. A nurse in the room asked them, when was the last time they had eaten and neither could remember. The nurse left the room and returned with a sandwich to share. Who would have thought that this simple act of kindness would eventually inspire them to create a ”network of caring”? More on this later.

After the accident, the Frazier’s worked diligently with the Department of Transportation to improve State Highway Route 50 where the accident occurred, analyzing accident data. This research showed there had been 143 accidents in 14 years on that 2 mile stretch of Highway 50 with many fatalities from crossing over the centerline. They also hired a highway traffic consultant who suggested specific improvements to make that portion of the highway safer. With improvement suggestions in hand Jim contacted California State Senator Tom Torlakson, who set up a meeting with Will Kempton, the Director of Caltrans.

As a result, Caltrans removed a lane to widen the median (to give drivers more reaction time), restriped the dangerous section, doubled maintenance patrols and installed a new pavement called Verglimit, which helps prevent black ice. Since the safety improvements have been installed, there hasn’t been a cross over fatality.

California State Senator Dave Cox introduced legislation on behalf of the Frazier family, Senate Concurrent Resolution (SCR) 22, Resolution Chapter 88, on 7/10/2007. The resolution states that the segment of State Highway Route 50 commencing at post mile 38.5, which is west of Ice House Road outside of Pollock Pines, and terminating at post mile 40.5 in El Dorado County, be designated the Stephanie Marie Frazier Memorial Highway.  The signs went up last week.

Back to the “network of caring”. That simple act of kindness has now been passed on to 1,000s of others. The Frazier’s have established a foundation in Stephanie’s memory to support others in their time of need. The Stephanie Marie Frazier Memorial Foundation sponsors a program, called “The Network of Care”. Network of Care volunteers assemble packages of non-perishable foods and distribute them in local hospitals to families of unexpectedly hospitalized children. These packages provide strength, support, and comfort to family members keeping vigil over a hospitalized child. They are currently serving 36 hospitals including several children’s hospitals, community and county hospitals in several counties throughout California as well as The Children’s Hospital in Denver, Colorado. In 2005, this program was honored with the Bay Area Jefferson Award for Public Service. The foundation has provided meals to over 30,000 families in 4 years.

Let’s not forget Lindsey. Lindsey recovered from her injuries and graduated from Freedom High School in 2001. She went on to graduate from UC Davis with a Bachelors Degree in Psychology and is now in graduate school studying to be a Clinical Psychologist.

As another anniversary of the tragic event nears lets all send our thoughts and prayers to the Frazier family. Let them know that we share their sorrow and that as a community we are truly blessed to have them as our friends and neighbors. And, if you’re looking to donate time and or money the Network of Care is always looking for individuals or groups to help with food packaging and distribution. 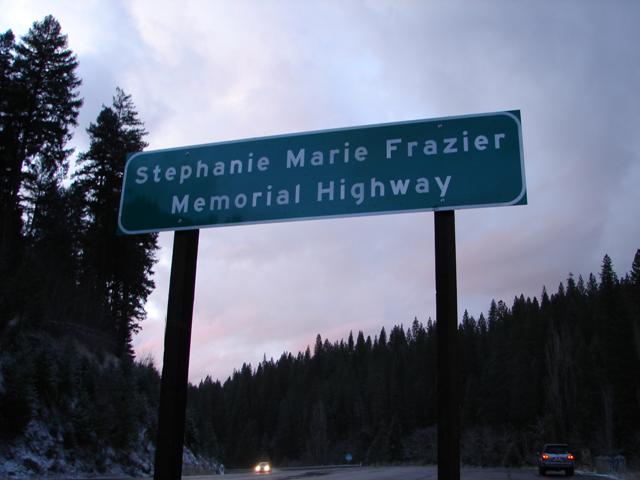 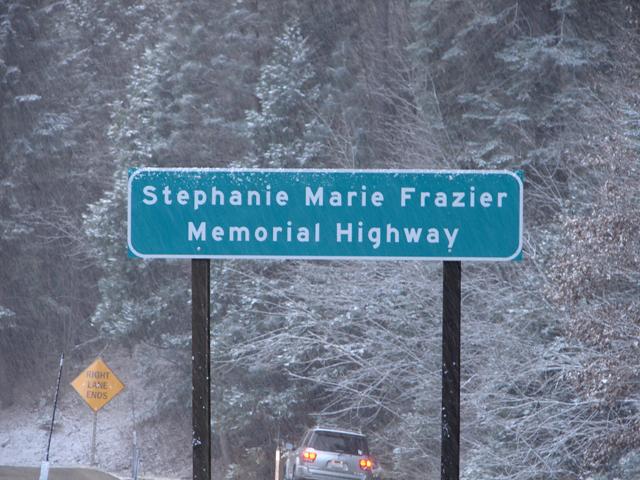