Frank Beede, a 10th-grade world history teacher at Freedom High in Oakley and former Seattle Seahawk guard (1996 – 2000) was awarded the NFL Teacher of the Year for 2010. This award is presented annually to a former NFL player who is now a professional teacher.

Amazingly the nomination, by Principal Erik Faulkner, and the selection were kept secret from Frank. So, as he entered a quiet cafeteria at Freedom High School he was totally surprised by the crowd in attendance. There were many shouts of we “Love you Mr. Beede”, from the Freedom football team throughout the award ceremony. Everyone who spoke commented on Frank’s character, unique teaching style and his ability to engage his students.

Frank Beede may be familiar name to local residents. He attended Antioch High School, lettering in three sports: football, wrestling and track. He became the BVAL heavyweight-wrestling champion in his senior year. Frank pursued football in college, playing on the offensive line as a guard for four seasons at U.C. Berkeley. He played in the 1991 Citrus Bowl and 1993 Alamo Bowl and earned honorable mention for the All-Pac 10 Conference in 1994. Frank transferred his senior year to Oklahoma Panhandle State University where he was named to the NAIA All-America (second team) and All-Oklahoma Intercollegiate Conference (first team). Frank began his pro career with the Seattle Seahawks in 1996 becoming the first free agent rookie to become a starter in franchise history. Frank played five years with the Seahawks before joining the Arena Football League, playing center for the San Jose Sabercats for an additional six years. During his years with the Sabercats, he was part of a team that won three Arena Bowl titles (2002, 2004, and 2007). Frank retired from football in 2007. Frank returned to Antioch as a teacher, football coach and Athletic Director at his alma mater. Frank is now a resident of Oakley and has been teaching and volunteering with the football team at Freedom since 2008.

Beginning in 1990, the NFL Teacher of the Year Award provided an opportunity for players to honor teachers who had the greatest impact on their educational and life-skills development. The program now invites school administrators to nominate former NFL players who entered the field of education after retiring from football. 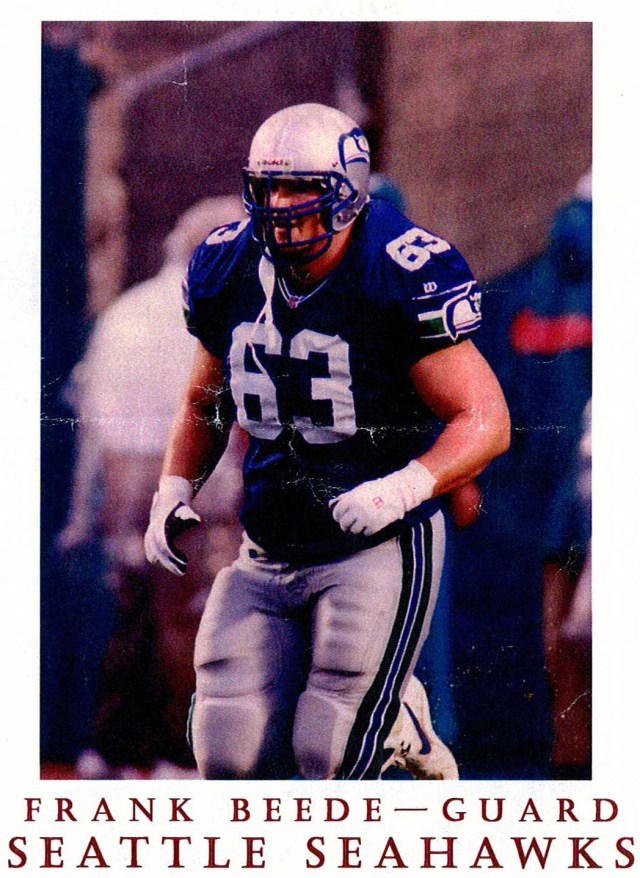