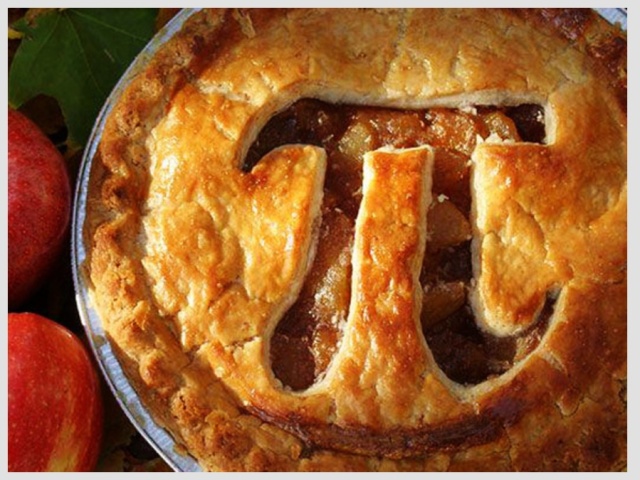 Pi Day is celebrated on March 14th (3/14) around the world. Pi (Greek letter “π”) is the symbol used in mathematics to represent a constant — the ratio of the circumference of a circle to its diameter — which is approximately 3.14159.

Pi has been calculated to over one trillion digits beyond its decimal point. As an irrational and transcendental number, it will continue infinitely without repetition or pattern. While only a handful of digits are needed for typical calculations, Pi’s infinite nature makes it a fun challenge to memorize and reciting as many digits as possible has become a memorization challenge. The Guinness World Records lists Chao Lu as the current record holder for reciting the most digits of pi (67,890), though there are validated claims of the recitation of more than 100,000 digits.

Archimedes of Syracuse (about 287–212 B.C.) is credited with doing the first calculation of Pi, while British mathematician William Jones came up with the Greek letter and symbol for the figure in 1706 — which was later popularized by Swiss mathematician Leonhard Euler, beginning in 1737.

But pi isn’t just about parties and party tricks. The number is used on a daily basis by engineers, physicists and mathematicians. At NASA JPL, rocket scientists use formulas including pi to calculate planetary rotations, the orbits of spacecraft and the surface area of celestial bodies.

Pi Approximation Day is observed on July 22 (22/7 in the day/month date format), since the fraction 22⁄7 is a common approximation of π, which is accurate to two decimal places and dates from Archimedes.