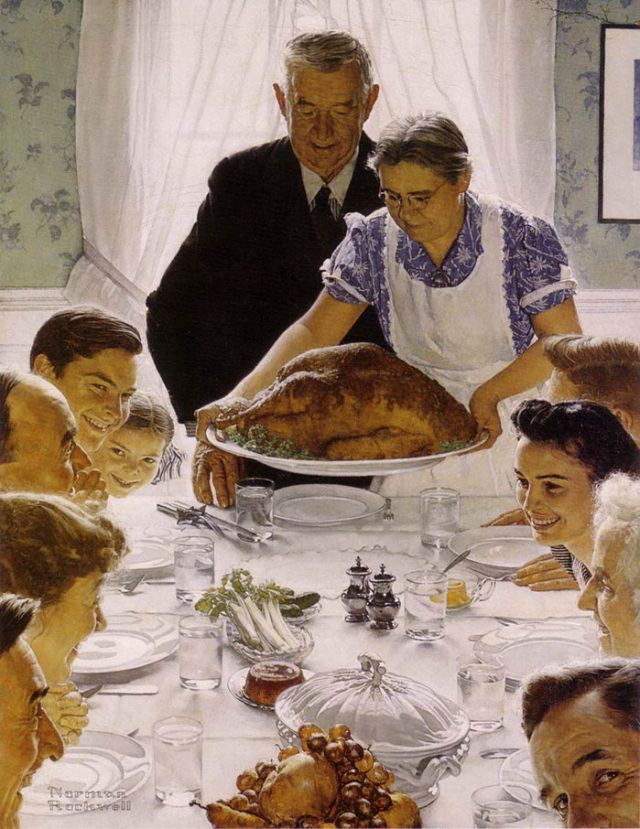 In January 1941, Franklin Delano Roosevelt had just been re-elected for a third term. After nearly 10 years of double-digit unemployment and economic stagnation, the Great Depression was abating. War had engulfed Europe, and before year’s end the United States would be drawn into the worldwide conflagration at Pearl Harbor.

In his annual State of the Union address to Congress on Jan. 6, 1941, Roosevelt found it “unhappily, necessary to report that the future and the safety of our country and of our democracy are overwhelmingly involved in events far beyond our borders.” He articulated the case for supporting our future allies in their defiance of dictators, while he simultaneously prepared the nation to fight.

What would we fight for? “In the future days, which we seek to make secure, we look forward to a world founded upon four essential human freedoms,” FDR said. They are freedom of speech, freedom of worship, freedom from want and freedom from fear.

Of Norman Rockwell’s Four Freedoms, Freedom from Want is the most seen pieces of art—often featured in art books and has become a nostalgic symbol of the American Thanksgiving holiday. The painting depicts an elderly couple serving a Thanksgiving turkey to a happy and eagerly awaiting family. The iconic Freedom from Want painting promotes the importance of family togetherness and traditional values.

Wherever this Thanksgiving Day finds you and your version of Rockwell’s Thanksgiving dinner, remember that “freedom from want” eludes a growing number of people in our community today. Give a little of yourselves; there are collection barrels being distributed throughout your City to collect non-perishable food items and toys from various organizations in your community, or volunteer, these same organizations are always looking for help during the holiday season. Pause for just a moment to step back and reflect upon how blessed we really are — blessed far beyond any measure of what we deserve. I wish you a peaceful Thanksgiving, and God’s blessings to you and your family.

Join with those around you today in prayer for our Patriots in uniform — Soldiers, Sailors, Airmen, Marines and Coast Guardsmen — standing in harm’s way in defense of Liberty — and for their families.