Why Are Young Americans Killing Themselves?

Suicide is now their second-leading cause of death. 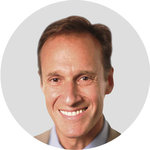 By Richard A. Friedman

Dr. Friedman is a psychiatrist.

Teenagers and young adults in the United States are being ravaged by a mental health crisis — and we are doing nothing about it. As of 2017, statistics show that an alarming number of them are suffering from depression and dying by suicide. In fact, suicide is now the second leading cause of death among young people, surpassed only by accidents.

After declining for nearly two decades, the suicide rate among Americans ages 10 to 24 jumped 56 percent between 2007 and 2017, according to data from the Centers for Disease Control and Prevention. And for the first time the gender gap in suicide has narrowed: Though the numbers of suicides are greater in males, the rates of suicide for female youths increased by 12.7 percent each year, compared with 7.1 percent for male youths.

At the same time, the rate of teen depression shot up 63 percent, an alarming but not surprising trend given the link between suicide and depression: In 2017, 13 percent of teens reported at least one episode of depression in the past year, compared with 8 percent of teens in 2007, according to the National Survey on Drug Use and Health.

How is it possible that so many of our young people are suffering from depression and killing themselves when we know perfectly well how to treat this illness? If thousands of teens were dying from a new infectious disease or a heart ailment, there would be a public outcry and a national call to action.

While young people are generally physically healthy, they are psychiatrically vulnerable. Three-quarters of all the mental illness that we see in adults has already occurred by age 25. Our collective failure to act in the face of this epidemic is all the more puzzling since we are living at a time when people are generally more accepting of mental illness and stigma is on the wane.

What explains the epidemic of teen depression and suicide? There are lots of theories but few definitive answers.

Some researchers emphasize the potential role of social media exposure and use of smartphones. There is some evidence that girls, who have shown greater rates of increase in depression than boys, experience more cyberbullying because of their greater use of mobile phones and texting. But most studies of digital technology and mental health are correlational and can’t prove causation.

Drugs and alcohol are always a popular culprit, but in this case they are an unlikely explanation, as the studies cited above controlled for drug use. In addition, there is no evidence of a significant increase in the use of drugs or alcohol in young people during the study period.

It is legitimate (though controversial) to ask whether the Food and Drug Administration’s “black box” warning for antidepressants back in 2004 — which said the drugs could cause suicidal thoughts and actions in some children and teenagers — discouraged the use of these drugs and unwittingly helped fuel the rise in teen depression. Within two years of the F.D.A. advisory, antidepressant use dropped by 31 percent in teens and 24 percent in young adults. Although antidepressant use recovered somewhat after 2008, it has remained below levels that would have been expected based on prescribing patterns before the warnings appeared.

The good news is that we don’t have to wait for all the answers to know what to do. We know that various psychotherapies and medication are highly effective in treating depression. We just need to do a better job of identifying, reaching out to and providing resources for at-risk youths.

To start, we need a major public campaign to educate parents and teachers to recognize depression in young people and to learn about the warning signs of suicide — like a sudden change in behavior, talking or writing about suicide, and giving away prized possessions. We should have universal screening of teenagers at school, with parental consent, to identify those who are suffering from depression and who are at risk of suicide. And we have to provide adequate funding and resources to match the mental health needs of our young people.

Every day, 16 young people die from suicide. What are we waiting for?

[If you are having thoughts of suicide, call the National Suicide Prevention Lifeline at 1-800-273-8255 (TALK) or go to SpeakingOfSuicide.com/resources for a list of additional resources.]